What’s Making You Sick? Germs or Your Environment? 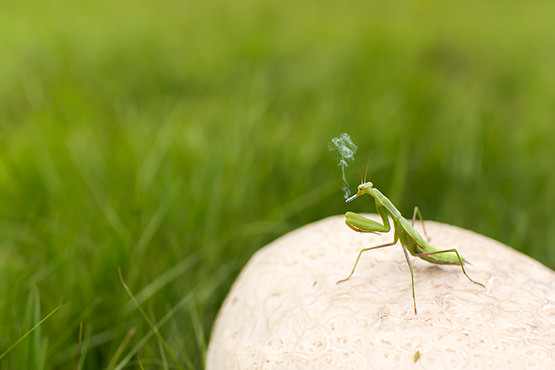 Germs or Environment? It goes back to the 19th Century, this battle for dominance, and has impacted medicine dramatically since then – think antibiotics, vaccines, chemo, and drugs in general. Even lots of seemingly alternative practitioners use this same thought process – treat disease not the whole person. So, what is it I’m talking about? The Germ vs Terrain theories (exciting stuff!). And, what does that even mean?

Louis Pasteur, the father of pasteurization (notice the name) put forth the idea that all disease comes from micro-organisms (better known as germs) outside of the body. Every disease is associated with a particular germ and to prevent disease we have to kill the those suckers – insert antibiotics, vaccines, and drugs here. Around the same time, a man named Claude Bernard came up with the idea that the body’s ability to heal (and not get sick) is dependent on it’s general condition or internal environment – it’s terrain. He claimed disease occurs when the internal environment becomes favorable to micro-organisms or germs. Antoine Bechamp added on to this by saying disease arises from germs already present inside the body (remember Pasteur said outside the body) and that the condition of the host organism (that’s you and me) is the primary cause of disease and that every disease is associated with a particular condition rather than particular germ. Thus the germ vs terrain debate began.

So, who’s right? The germ theory states that micro-organisms, bacteria, viruses, and fungi are the causes of disease. I see these microbes present in my clients everyday when I run the bio-scan on them, so I definitely see evidence of germs. And, the germ theory says we need to kill these germs, whatever is making us sick, to get healthy again. Meanwhile the terrain theory says it’s the imbalanced body that attracts germs, or emboldens the ones already hanging out waiting for their big break, to become as scavengers of the weakened or poorly defended tissues. I see this when my clients show up with lots and lots and lots of the above germs, showing their terrain is way out of balance and they are susceptible to every little thing they get exposed to. Sound familiar?

Germs seek their natural habitat, diseased tissues, rather than being the cause of disease.  Terrainists (I made that word up) say we need to balance the body to overcome illness or even prevent getting sick in the first place. We need to search for why our immune system didn’t work. And, they claim that imbalances occur in these 3 areas of the body: nutrition, level of toxicity, and pH, as acidity attracts germs and alkalinity repels them. Best thing you can do is up your probiotics to help right the good vs bad bacteria balance and also eat well to nourish yourself, drink water to flush, and use essential oils to balance the terrain, the pH, and go after the bad guys.

If the germ theory is right then why do only some people get sick when exposed to the same sickness? Why do we get sick when we’re run down and not when we’re on fire? Why do a group of people exposed to the same bacteria all get different illnesses, meaning one gets a sinus infection, another a sore throat, another bronchitis and yet another diarrhea? If it’s one germ causes one thing, why can three people with the same virus have three totally different presentations of it? Why, of course, it has to be that the same bug went to the weakened tissues of it’s host. Bugs are no fools!

For me, it comes down to simplicity. The germ theory is complicated, considering how many germs there are in the world. How do we kill every single germ to protect ourselves? The terrain theory is simple (in concept, if less so in practice) in that we need to focus on taking care of ourselves and balancing our bodies to be healthy and prevent disease in the first place. Seems much more doable than killing everything that could harm us. Plus, we’re exposed to bugs constantly and most of the time we aren’t sick.

If you like science and want to geek out more with me read on…
Bechamp pioneered an idea called pleomorphism, meaning many formed, that said that germs weren’t fixed state (single formed) microbes like Pasteur was claiming, but were instead capable of taking on a number of forms during a host’s life-cycle and these forms depend primarily on chemistry of the environment or terrain. Here are some of the many examples of this I see in my practice. First, when we suppress symptoms and don’t heal the underlying issue, we see other seemingly unrelated, but totally related symptoms pop up and are usually worse. Second, germs morph. I see all kinds of viruses, bacteria, and fungi morph into something else in the body in a genius survival of the fittest tactic. Interesting that bugs can morph based on the environment they are in and their base need to survive.

For whatever it’s worth, Pasteur said on his death bed that Bechamp was right! What do you think?