We kick off the New Moon Astrological Weather Report with the Aries New Moon. Can you feel the fire? I sure can! So much going on in Aries right now. The Moon comes through and adds some juice to the heat. Many planets and the Sun change signs coming up. Earth and Water come to dampen down this Aries burn.

The Moon conjuncts the Sun in Aries with the invisible New Moon. This begins the monthly Moon cycle all over again. You know what that means… intention-setting time. Join my online New Moon Ceremony on Sunday. Since the Sun, Venus and Mercury are all together right now – in the Underworld – in Aries, the Moon ramps up these energies. Think of pouring a little Moon gas on the already blazing Aries fire.

When we have the Sun in Aries, it signals “Aries season” – spring time. The spring equinox occurs when the Sun moves into Aries, 0 degrees Aries to be exact. Aries is fire, action-oriented, gets us up and moving. You can feel it in your body: warmth, longer days, bulbs blooming, plants are greening up, the earth entices us to get outside. The dormant seeds of winter have germinated and want to get out into the light. We’re just like them!

This year, along with the Sun in its Aries time of the year, we have Mercury, Venus and Chiron all in Aries too. If you add in a couple of dwarf planets, Ceres and Eris are in Aries as well. That’s A LOT of fiery Aries vibes for sure! Personally, being the earth, water mama that I am it feels hot! I’m feeling agitated and irritable. I’ve been triggered into over-doing, Aries over-action, relapsing in my recovery from perfectionism. That was until Peppermint called my name and I spent a morning meditation wrapped around an Aspen tree in my yard, telling me to be present and ground. Thank the Goddess we have tools to help us through the energies that challenge us! 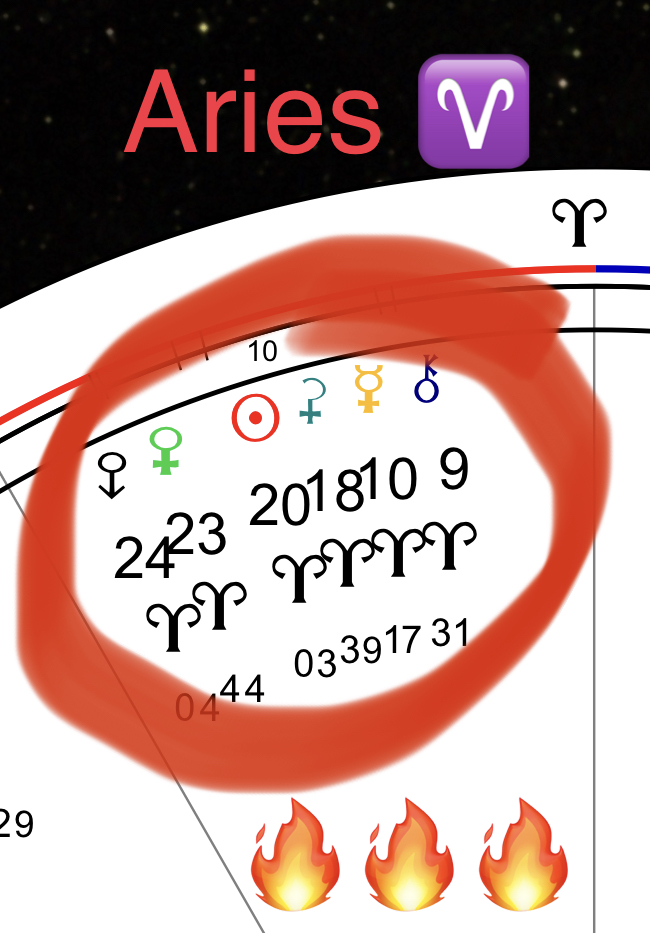 This New Moon touching the Sun, Mercury and Venus, both in the Underworld of the Sun’s bright glow means it’s an intense time emotionally and physically. How are you feeling it? Some of you who felt too watery last month in the Pisces energy may be feeling Goldilocks’ just right about now, getting your spring groove on. Others, like me, might be feel pushed too hard by the forest fire raging around us. It’s all in our charts what we resonate and struggle with both!

Interesting as we see the Sun’s light at the end of the pandemic tunnel, many people are rushing into overscheduling themselves, like in the olden days. Didn’t we all love how we had time for ourselves at the start of the lock down and appreciated the forced quiet time to stop doing so much? How we vowed not to go back to the rat race after the pandemic? Feel how Aries wants to take you out of that promise to yourself? I do. So, I sit wrapped around a tree, remembering to just be present.

Aries asks us to take action, go on a mission, have purpose, feel the strength of our will, feel the spring awakening our bodies. With Chiron in the Aries mix, we are still called to heal the wounding of Aries – that does too much, pushes too hard, drives ourselves to exhaustion. Venus squaring Pluto on the New Moon is similar, in that the Sacred Feminine, hidden in the Underworld, squaring Underworld Pluto, calls for composting the disempowerment of the Sacred Feminine – the place where we honor the sitting, the being, the receiving of celestial and terrestrial teachings. Do, but Be too. The Sun squares Pluto a little later, showing us more of this tension between the fire and the water, the masculine and the feminine, the doing and the being.

Relief for us earthly types begins on April 14, as Venus moves into Taurus, followed by Mercury and the Sun on the 19th. Now, it’s Taurus season, with the waxing half Moon! Time to really get into the deliciousness of our bodies, halfway between the spring equinox and the summer solstice. Spring is fully here and it feels so good in our physical form, with our senses. Taurus is delicious, grounded, pleasurable.

Mars moves out of heady Mercury into feeling Cancer on the 23rd. The fiery planet of action, most resonate with Aries, cools off in the water of Cancer. The Sacred Masculine gets in touch with his feeling side, not necessarily easy for our modern men. Let’s give them some love and honor their fullness. We’re so done with patriarchy, the shadow we’ve laid on Mars and Aries, as the endless warrior, protecting us from our own strength, with dogmatic aggression. If we desire the balance beyond patriarchy, then we need to take back our feminine power, where we all feel, emote and get messy sometimes, masculine and feminine.

2021 Saturn and Uranus theme gets some attention

Venus and Mercury pass by Uranus in Taurus, then square Saturn in Aquarius. Uranus and Saturn are the big players in 2021. These passages by the faster moving planets bring their energy to this thread. There’s an unpredictability in our real world physicality, juxtaposing astral consciousness with earthly embodiment. What will this alchemy bring? I’m rooting for more consciousness brought down to the earth, the plants and trees, the animals (including us, especially us).

More on this next time…

Spiritual Aromatherapy for the Aries into Taurus energies

I personally have been using a lot of peppermint to handle all the heat. Red Pine is nice to help ground the root chakra and the fire. If you’re needing to step into more of your Aries power than I recommend Cinnamon Bark or Clove Bud. As we shift gears into juicy Taurus, I love all the blossoms for this energy. Jasmine, Rose and Ylang Ylang come to mind. You can shop for these and other essential oils by clicking here.