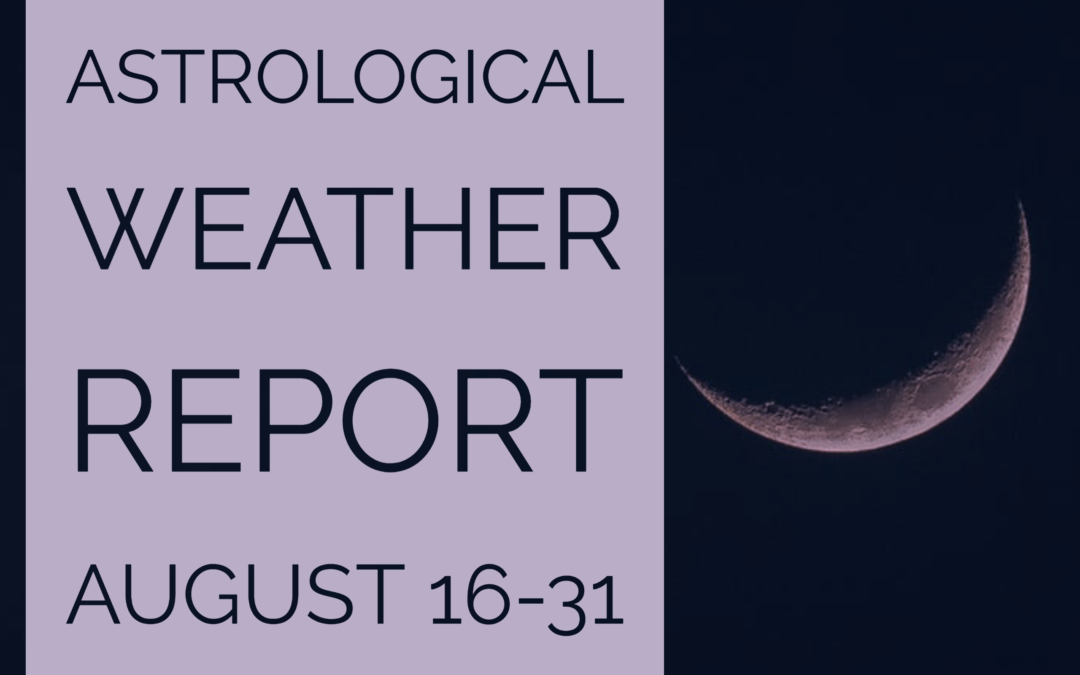 We have another large couple of weeks ahead in our collective intent. Following on the heels of August 15th’s big day of Uranus going retrograde, making a total of 6 retrograde planets. Simultaneously, Venus is connecting with the crescent moon, signaling the opening of the third eye chakra gate. Just to recap, when planets go retrograde, we have an opportunity to slow down and more deeply explore the initiation cycles they represent for us. That can feel like some relief to the frantic pace of all the planets going direct, but simultaneously intense as doing the deeper work is often challenging for most of us in our full steam ahead, do – do – do – society.

Last month, I erroneously stated that Venus was conjunct the crescent moon, opening the third eye chakra gate on the 13th, sorry it’s the 15th – so the 15th is a big day! According to the ancient myth of Venus, aka Inanna, from the Babylonians and Sumerians, Venus makes her descent to the Underworld going through the 7 chakra gates, releasing anything blocking that chakra’s fullest function. This occurs when Venus lines up with the crescent moon, each month, until she catches up to the Sun and goes into the Underworld. In a snapshot, this month is a great time to tune into your third eye, maybe do some ceremony around Venus, and consciously let go of anything that blocks your “sight” and intuition.

Now, for the August 16-31 Weather Report

These couple of weeks start off with some Mercury activation – that’s our thinking and communication realm, accompanied by the New Moon energy. Then we start into a series of MAJOR activations around what I’ve been calling the Big 3 (Saturn, Pluto and Jupiter) again – the gift of 2020 that just keeps on giving! We will get through this at some point!

The Sun conjuncts (gets real close to) Mercury on the 17th – all in Leo, so Leo season is going out with a bang. The New Moon (also in Leo) is conjunct Mercury too, on the 18th. Remember the New Moon occurs when the Moon conjuncts the Sun – every month. This is the time to plant seeds of intention, for this marks the start of the monthly Moon cycle. Join my monthly free New Moon Ceremonial class here. With the added energy of Mercury being highlighted it’s an opportunity to commune with our intuition (added energy with the Venus third eye chakra opening) and our divinity. Leo explores being God or the Goddess, our divine nature and what that means in how we create our lives. Leo feels its full divinity and is filled with the radiant light of self-love – like the magnitude of the Sun’s light of self-love. Lastly, Mercury enter Virgo on the 19th and aligns with the star Regulus, which is considered the heart of the Lion constellation, so more self-love and more Leo-ness!

The Moon gets opposite Chiron in Aries on the 21st, illuminating the wounding or fracture point of Aries, which I’m coming to see as a representation of patriarchy and how it hasn’t been serving any of us, female and male. This sets the stage for the 22nd, which is a whopper of a day. The Moon (the great highlighter) is square Venus in Cancer and also square the Big 3 in Capricorn. Oh yea, and the Moon is also opposite Mars in Aries. That’s A LOT of energetic intent and opportunity for us!! And, as a side note (wink, wink) the Sun enters Virgo today too! Phew! That’s A TON of stuff going on!!

Let’s break this down… the moon is an activator. On the 22nd, it’s activating Venus, Saturn, Pluto, Jupiter and Mars. In that order, we’re getting some extra juice added to our expression of the feminine, all the structures and systems that need shaking up, composting what is seriously not working, and also the expression of the masculine. How do I even wrap my mind around explaining this?!? I’ll summarize what I think this year is all about with the intent of this Big 3 line up (Saturn, Pluto and Jupiter conjunct all year). We have an intent, this unique opportunity to take a really intense, deep and profound look at what we want to see change in the world. Through feeling disempowered, by the pandemic and so much more, such as the antiracism movement, the election, finances, health, etc. we have the incredible opportunity to do the work we need to do to contribute to the change. We can heal and build systems that do work and support who we truly are. We are getting a chance to do some internal composting of all that isn’t serving us and sprout what does in that dark, rich soil of our personal work.

Venus and Mars coming into play with the Big 3, shows us the absolute basest system that needs transforming, our feminine and masculine expressions. We’ve been living in the shadow of both for several thousands of years. I think we are seeing the pendulum swing to the farthest reaches of patriarchy and are ready to bring the feminine back into power. I don’t mean a swing to matriarchy, but a move into true equilibrium between the two. A move forward, yet backwards like it was during our ancestral times, with an honoring and respect of both, in equal power and communion, with the earth and the sky. Let’s balance this whole s#*t out and keep nurturing the seeds and sprouts we’re growing in this direction. It will take a lot of internal work for all of us. We’ve all drank the patriarchy kool-aid. I think the Big 3, along with Venus and Mars are showing us an intent to make the move back together!

Mars squares Saturn on the 24th and Venus opposes Jupiter on the 25th, highlighting what I wrote above. Mars dancing with Saturn is that juxtaposition of Saturn representing Capricorn’s desire to make a world that works for all of us and Mars in Aries can either be the warrior for that change or be the last grip on patriarchy itself. Venus, the divine feminine, gets a boost towards bringing back the feminine power with the expansiveness of Jupiter.

The Moon is conjunct Jupiter on the 28th, then is conjunct Pluto and Saturn on the 29th, which is just more lighting up of what I wrote above. The Moon is also opposite Venus and square Mars on the 29th as well. So, it’s just more of this huge, all-important opportunity seen over these last days of August. Mercury will rise in the evening sky on the 29th, so look for him after sunset, although depending upon where you are it may take a little longer to see. We round out the month with Venus opposite Pluto on the 30th, bringing the Divine Feminine juice to the composting process I wrote about above. On a lighter note, Mercury is opposite Neptune in Pisces on the 30th too, so there is an amazing opportunity to dream into what we want to create going forward. Yay! That’s a great note to end on! What will September bring? It starts off with a Full Moon on September 1!

Essential oils for the end of August

Like the start of August, I’m going to recommend essences that help us stay grounded. Trees like Fir, Spruce, Pine and Frankincense would be excellent essences to use this month. I love Cedarwood Himalayan for Leo and Blue Spruce for Virgo, the seasonal energies we’re moving between. Let’s add some seriously feminine scents, like the blossom essences, such as Rose, Jasmine, Neroli, or Osmanthus to support our bringing the Divine Feminine back into her rightful power!! Comment below whatever you’re doing to support yourself these days and enlighten us to your strategies! You can shop for these and other essential oils by clicking here.